Together with Stuart Price and Fred Again, she produced the song.

A brand-new song by The xx’s Romy called “Strong” with Fred Again has been released. Together with Stuart Price and Fred Again, she produced the song. It also includes a music video directed by Vic Lentaigne, a photographer and filmmaker who is married to Romy. The video is below.

Following the release of her first solo song, “Lifetime,” in 2020, Romy has now released “Strong.” The song is about how to deal with the pain of the past. In a statement, Romy said, “I was thinking of my cousin Luis when writing the lyrics; we both have the similar tragedy of our mothers passing away when we were young.” “I see in him the same tendency I have, which is to attempt to suppress my feelings and present a brave face. The song served as a means of empathising with these emotions, providing support, and ultimately finding solace in the joy of music. It was incredibly nice that Luis was alongside me on the single cover and in the music video as well.

Romy confirmed in 2020 that she was composing her first solo album during an Instagram Live session. The title and the day of release are still pending. I See You, the xx’s most recent album, was released in 2017.

The Atlanta Hawks' Arena will host a memorial service for Takeoff on Friday. 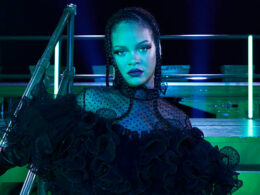 Indeed, even as of late as a couple of years prior, envisioning Kanye West without artists was hard.…
byCelebrity Desk