BTS: An Analysis of Jin’s “The Astronaut” Music Video

“The Astronaut,” a song by BTS member Jin, was released on October 28. Jin sang the song for the first time on one of Coldplay’s Music Of The Spheres World Tour events in Buenos Aires, Argentina. The song was co-written with the band Coldplay.

Jin is seen doing a crossword puzzle while sitting on a bed in the following scenario. Advertisements for “The Planet” and “Once again to the moon” are located next to the crossword puzzle.

Coldplay’s Chris Martin makes a news announcement about a beam of light that has suddenly emerged on Jin’s TV. From his window, Jin notices the light beam and dons a costume.

He sees his neighbor’s small daughter outside and gives her a helmet so she may ride her bike safely. Jin then starts running, and as he reaches the city, he encounters a person who is decked out in an astronaut suit.
In the music video for “The Astronaut,” the vocalist makes a choice.
The “The Astronaut” music video shows glimpses of Jin getting to know his roommate as he returns to the spacecraft.

He thinks back to when he first showed his little neighbour how to ride a bike as he cycles to the spaceship that has crashed.

When the BTS singer arrives to the spacecraft, it is established that the beam of light is indeed being emitted by the craft. Jin recalls more of their bonding experiences before boarding the spacecraft. With the little girl, Jin is seen gazing at her artwork and taking Polaroid photos.

The spaceship emerges from the earth and the light beam vanishes, but Jin decides not to board it and instead turns around and leaves.

He rides along in the truck’s bed. He recalls what his neighbour drew on her notepad: a home perched on top of Earth with the word “Home” written at the top. He was likely returning to his house while travelling in the back of the truck.

He grins for the first time in the entire video.
What the music video for “The Astronaut” by Jin represents
Big Hit Music said on October 17 that the members of BTS want to begin their military enrollment plans, with Jin. The song “The Astronaut” is about Jin’s devotion to the BTS ARMY fandom.

The music video for “The Astronaut,” in which ARMY is portrayed as Jin’s youthful neighbour, unmistakably depicts Jin’s feelings about BTS fans.

Before departing to complete his military service, Jin claims that the ARMY is his actual home, according to the song video.

Russian figure skater Kamila Valieva's case is forwarded by the World Anti-Doping Agency to the Court of Arbitration for Sport. 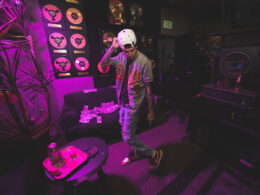