The 68th Grammy Awards have nominated afrobeat performers Tems and Burna Boy. Each of them was given two nominations.

For his album “Love,Damini,” Burna Boy competes against Beninese-American legend Angelique Kidjo and others for the title of “Best Global Music Album.”

With his song “Last Last,” he was also nominated for “Best Global Music Performance.”

Tems was a featured artist on the song “Wait For You” and was nominated in the Best Melodic Rap Performance category. She received a nomination for the best rap song for the same tune.

The Atlanta Hawks' Arena will host a memorial service for Takeoff on Friday. 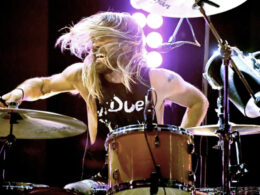