A new book alleges that Prince Harry was refused a meeting with Queen Elizabeth prior to his decision to leave the royal family.

Courtiers: The Hidden Power Behind the Crown, a new book by Valentine Low, provides information on the circumstances behind Prince Harry and Meghan Markle’s royal departure. The book claims that Prince Harry wanted to meet his late grandmother, Queen Elizabeth II, at the time but was supposedly denied the opportunity.

The book alleges that Harry attempted to schedule a meeting with the Queen while the Duke and Duchess of Sussex were spending the December 2019 holidays in Canada. The Times stated that Prince Harry was under the notion that they could resolve the issue by email but was told that a family discussion was necessary.

The conversation could not take place until January 29, according to Low, and the book states that this “played into the narrative that they were not being taken seriously by the palace machinery, or by the rest of the family.” Low asserts in the book that Harry attempted to arrange a meeting with the Queen on his own, but he was told she wasn’t available. According to an excerpt from the book provided by US Weekly, “Harry was enraged, because that was not true: the courtiers had got in the way, it seemed, because they saw the meeting with the queen as an attempt to pick the queen off before Harry started negotiations with the rest of the family.”

However, Harry and Meghan made the decision to leave their royal positions known two days after their arrival in the UK from Canada and issued a joint statement about it in January 2020. 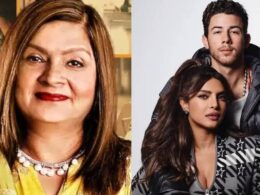 Families like getting together to celebrate the beautiful festival of lights during Diwali. It’s a time for reunion…
byCelebrity Desk