The couple, who have been dating since 2017, exchanged vows in a private ceremony on December 28 at a residence in Bel-Air, according to Page Six. About 50 people attended the celebrations, which continued far into the next day, a source informed the media site.

Olsen is renowned for keeping her personal affairs discreet. Her relationship with Eisner, an artist and the son of jewellery designer Lisa Eisner, has not yet been discussed in public. The two have only shared one red carpet appearance in the five years since they started dating, which was in 2021 at a fundraiser for Young Eisner Scholars, a charity created by Eisner’s father, attorney Eric Eisner, a former president of the David Geffen Company.
The Row cofounder was spotted out and about in 2019 wearing what appeared to be an engagement ring on her left hand, which is when the two first ignited engagement rumours.
Olsen and her twin sister Mary-Kate Olsen discussed how their minimalism style may be related to their choice to keep their private lives out of the public eye in an interview with i-D published in 2021.

Mary-Kate remarked at the time, “We were raised to be discreet individuals.

Added Ashley “That might just be our aesthetic or design taste, in my opinion. But that doesn’t negate the fact that humans also value extremely extravagant or maximum things. Sometimes a collection even begins just like that before being trimmed down. It doesn’t always begin in such a straightforward manner.” 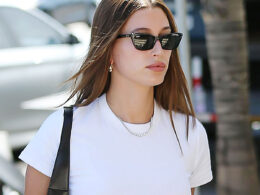 We Never Expected To See Leggings Like These Return, But We Adore Hailey Bieber’s Naked Pair!

In the early 2000s, do you still remember the influence that Y2K and flared leggings with a 70s…
byCelebrity Desk The Last Divorce of Drew Barrymore Was Hard for Her: “I Never Thought I Would Be With Anyone Else” 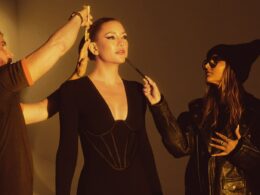 The back side of a record is referred to as the B side. On the B side, you…
byCelebrity Desk