Tom Cruise could buy a fighter jet with his Top Gun: Maverick payday.

Tom Cruise has the biggest hit of his long careerwith Top Gun: Maverick. The long-awaited Top Gunsequel has made over $1 billion at the global box office, with about half of that coming from domestic ticket sales. It’s one of the few movies to put up such big numbers post-pandemic. As one might expect, Tom Cruise will be one of the people who benefits from that success, with tens of millions more going in his own pocket. He’s going to need a few jets to haul that cash away.

These days it’s become commonplace for stars to work out significant deals that see the majority of their compensation come from a movie’s receipts. The star has the ability to make more money than they likely would otherwise, while the studio gets the benefit of not needing to pay stars as much up front, and not at all if the profits from the movie end up slim. While the process led to some issues during the pandemic, and even a lawsuit against Disney from Scarlett Johansson, it can also mean big money. Big is relative of course, as Puck Newsreports Tom Cruise was still paid $12.5 million up front to make the Top Gun sequel upfront.

However, the backend part of the deal reportedly gives Tom Cruise ten percent of the movie’s first-dollar gross, and that percentage goes even higher as the movie hits different box office milestones. With the film now having exceeded $1 billion one can guess it has hit at least some of those milestones. 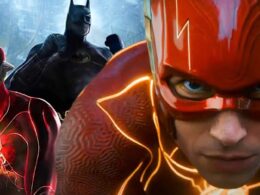 Jennifer Lawrence discusses her child with husband Cooke Maroney in public for the FIRST time.

After a two-year hiatus, Jennifer Lawrence speaks about her infant and other subjects. The Silver Linings Playbook actress…
byCelebrity Desk