A new music video by SOPHIE LLOYD has been released!

The British guitarist’s most recent song, Do Or Die, is featured in the new music video, which was made available in conjunction with the single’s first release last week.

The film, which features Sophie working with INGLORIOUS vocalist Nathan James, was shot at Birmingham Film Studios by Matt Daley of Clearway Media. It also features a beautiful performance by fire artist Lula.

When asked about the response thus far, Sophie said, “The response to Do Or Die has been incredible, and I enjoy seeing people respond to the music.” “Watching guitarists cover the solos and videos of individuals playing it in their vehicles and other stuff is really great. Seeing the favourable feedback is amazing, and it just makes me more eager to release the remaining songs.

“Working with Lula was great, she is such a talented performer, she takes her profession so seriously and is so committed,” Sophie said of the video and their collaboration. We’ve grown to be such good friends, and I can’t wait to watch what she does next.

Ghislaine Maxwell's appeal is in jeopardy since her husband won't pay 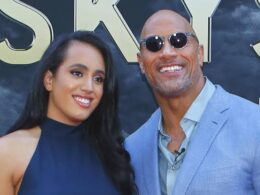