Is Dakota Johnson becoming blonde to emulate her grandmother Tippi Hedren and mother Melanie Griffith? Despite being on a movie set, everyone’s favourite nepo baby (no, seriously, we adore her) was just spotted sporting a platinum bob.

Since her days in Fifty Shades of Grey, Johnson has maintained hair that is primarily brunette and somewhere in the “chocolate” range. True DakotaHeads, however, are aware that she began her career as a blonde! Watch her one scene in The Social Network, her brief run on the comedy Ben and Kate, and her appearance on the Office season finale. We obviously don’t mind her changing things up, so please tell us the truth about these new photos, Ellen. Don’t mislead us like you did on the limes.

With her customary long, dark hair and bangs, Johnson was spotted filming the upcoming Spider-Man spin-off Madame Web in October. Sydney Sweeney, her co-star, can be seen here:
She was sighted filming a separate movie in New York in December; the writer-director Christy Hall’s Daddio, which also features Sean Penn. According to IMDb, “A woman rides in a taxi from JFK and converses with the driver about the significant connections in their lives.”
Since Madame Web won’t be in theatres until 2024, I was unable to uncover any online evidence that the filming is complete. This leads me to believe that the producers would prefer Dakota Johnson not to appear in any other projects until the reshoots are finished for continuity’s sake. However, if she is wearing a wig for MW, perhaps she did become blonde for Daddio. It’s also conceivable that Dakota is hiding her own hair and that both of them are wigs. In any event, I’m certain that Dakota would be extremely appreciative if she briefly went blonde to make room for other brunettes with blue eyes in Alexandra Daddario’s cast.

After fans argued over what is appropriate for his 12-year-old daughter's age, The Game defended his daughter's attire, saying, "Hollywood be having these kids growing up faster than needed" (Photos) 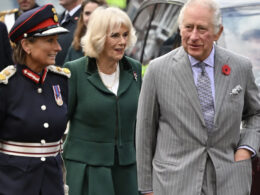 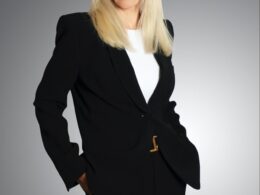